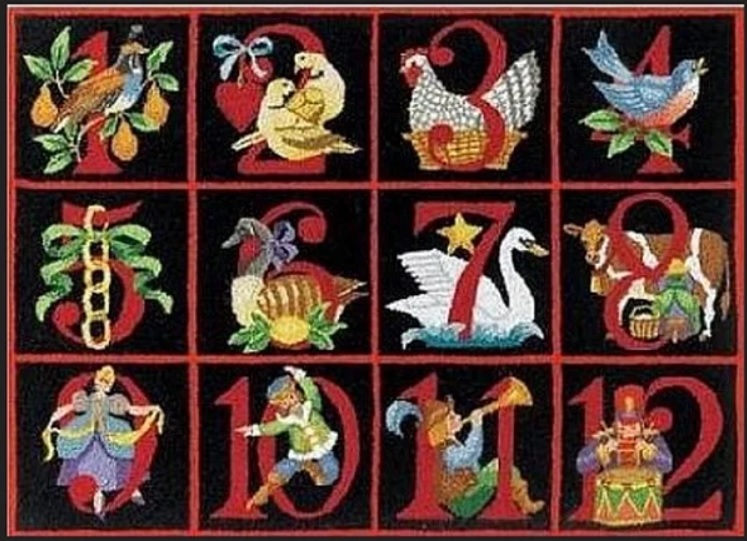 The Twelve Days of Christmas actually refers to the days between December 25th, Christmas Day (celebrated originally in the Western-Latin churches) and January 6th, the Epiphany (celebrated originally in the Eastern-Greek churches).  Today, Christmas is one of the longest-celebrated holidays as it begins for the shoppers on Black Friday, the day after Thanksgiving, and for many of the faithful, officially includes Advent, embracing the four Sundays prior to the 25th of December. While the Epiphany was originally celebrated by the Greek churches as multiple revelations of God in Christ to the world, today it is primarily remembered as the celebration of the visit of the three wise men (or kings) to the baby Jesus.

The origin of the 12 Days according to many sources was an attempted reconciliation between the Latin and Greek churches in the 6th century as a fitting celebration of the birth of Christ.  Bill Federer, bestselling author and president of Amerisearch Inc. and producer of “Faith in History” tells the story that in 567 AD, at the Council of Tours, the church tried to reconcile the dispute between East and West by defining the days between December 25th and January 6th as officially and inclusively as the 12 Days of Christmas.   Bill Federer goes on to say that these 12 days were declared to all be “holy days” so when someone wishes you happy holidays, they are just using the new pronunciation of holy days as ‘holidays’!