Is It Time to Change your Mind on Repentence? 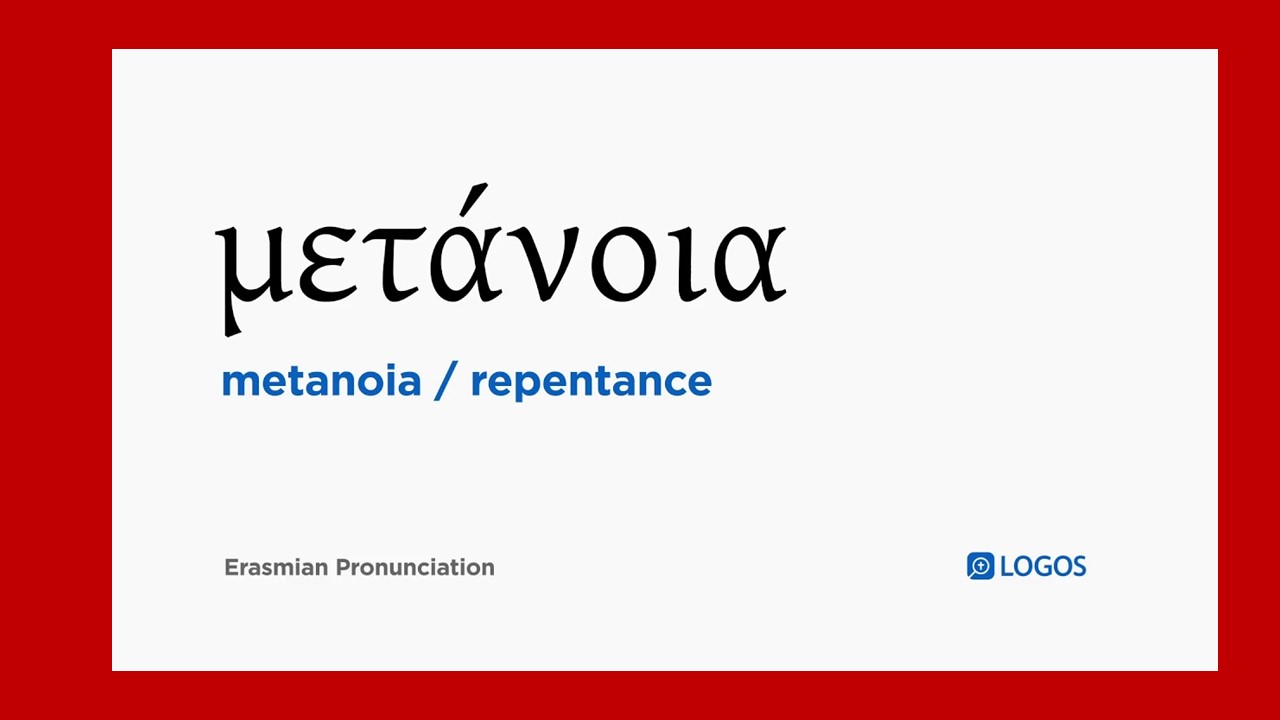 The concept of repentance is often misunderstood.  While repentance definitely means to feel sorry for a previous action, to decide to reform or change and to ask for forgiveness, the word used in scripture is the Greek term metanoia (Strongs 3341 met-an'-oy-ah), literally “change of mind”.  We can appreciate that the English word repentance paints a much stronger and often more appropriate picture of what we are called to do than the Greek.  However, it’s good to remember that repentance may begin and end with a simple change of mind.

The best illustration of this is likely the story of the thief on the cross, Many remember that there were two criminals, one on either side of Jesus, being crucified and “One of the criminals who were hanged railed at him,40 saying, “Are you not the Christ? Save yourself and us!” 40 But the other rebuked him, saying, “Do you not fear God, since you are under the same sentence of condemnation? 41 And we indeed justly, for we are receiving the due reward of our deeds; but this man has done nothing wrong.” 42 And he said, “Jesus, remember me when you come into your kingdom.” 43 And he said to him, “Truly, I say to you, today you will be with me in paradise.” (Luke 23:39-43)

This Gospel account is well known as it is a remarkable story.  The one thief mocking, the other thief confessing to his previous sins and the Son of God promising the miracle of redemption “today you will be with me in paradise.”

However, in the Gospel account of Matthew, in the 27th chapter, we are told that initially both criminals insulted and ridiculed Jesus, …43 He trusts in God. Let God deliver Him now if He wants Him. For He said, ‘I am the Son of God.’” 44 In the same way, even the robbers who were crucified with Him berated Him. 45 From the sixth hour until the ninth hour darkness came over all the land.…

So both began their time on the cross by mocking and cursing at Jesus, as did many of the spectators. So what happened?  What happened was the unadulterated form of repentance, he changed his mind!

There is no record of this one repentant criminal of saying he was sorry, or listing the crimes from worst to least.   The remarkable point of the story is two-fold.  One, that at the 11th hour, likely hours or less from his death, one sinner was able to change his mind, metanoia, and appeal to Jesus.  He was fortunate in that it is actually only Jesus that has the power to take our sins and pay that price in full.  This is why I believe, Jesus later said, “It is finished.”   The work of the cross was and is completely sufficient to bring forgiveness and extend the mercy of God to the most undeserving sinner.

Secondly, Jesus is willing to forgive and restore.  We often make the transformation from condemned sinner to forgiven believer much more problematic and complicated.  Don’t misunderstand my comment here as I am one that teaches and believes that true human repentance that leads to Godly forgiveness results in a forever changed life.  If that ‘good thief’ would have been taken down from the cross and his wounds ultimately healed, he would have been a far different man.  A changed life is always the proof of repentance.  It may begin with a change of mind but always results in a change of life.