The Time Is Short 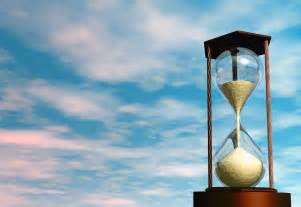 One of the simplest and at the same time, one of the most profound songs we can sing is “Jesus loves me, this I know, for the Bible tells me so”

The love of God is this, God so loved the world that he gave His only Son, that whoever believes in Him, will not perish but will have everlasting life.  The truth of this statement, found in John 3:16 is well known.   However, many do not understand that the time is short.  The Bible makes it clear that today is the day of salvation however there will be a time when judgement will begin.

Judgement begins at what is described by the prophets as the ‘Last Days’, or “the time of Jacobs Trouble” and also “The Tribulation.”  The Apostle Peter, wrote that there would be scoffers even within the church that denied that this day would come.  “Know this first of all, that in the last days mockers will come with their mocking, following after their own lusts,  and saying, “Where is the promise of His coming? For ever since the fathers fell asleep, all continues just as it was from the beginning of creation.” (2 Peter 3:3&4)

People have been hoping that the Lord would be returning soon for almost 2,000 years.   Likely the reason for the hope is the feeling that we are close, but have not yet arrived at the fulfillment of the Kingdom of God.  The Jews had trouble understanding that Jesus was the Messiah because he didn’t fit their mold.  They were looking for a political leader, someone that could overthrow the tyranny of the Romans.  The Pharisees, Sadducees and Scribes were looking for someone like them, someone that would use the law as a measuring rod rather than Jesus who demonstrated the love and mercy of God.

It is very similar today even in the church.   For many, the love of God has grown cold.  Many that consider themselves to be Christians no longer hope in the second coming but scoff at those who believe that all of the prophecies will be fulfilled, Jesus will return and will reign for 1,000 years.

I believe the Apostle Peter mentions this time as well, “For it is time for judgment to begin at the household of God; and if it begins with us, what will be the outcome for those who do not obey the gospel of God?”  (1 Peter 4:17)

There will be a time when judgement will come.  For some, it will be too late.  The Bible tells us that we who are His are not appointed to His wrath.  When the wrath of God is manifest, there will be many that will literally be left behind.   We are in a period today called the “Age of Grace” when the grace of God is readily available, and the coming judgment is still at some point in the future.  When Jesus was handed the scroll of the Prophet Isaiah, he found where it was written:

The Spirit of the Lord is on me,
because he has anointed me
to proclaim good news to the poor.
He has sent me to proclaim freedom for the prisoners
and recovery of sight for the blind,
to set the oppressed free,
to proclaim the year of the favor of the Lord (Luke 4:18-19)
That year started when Jesus announced it, and that year continues to this day. The year of the favor of the Lord however will soon come to an end.   Judgement will begin in the house of the Lord with true believers being raptured, taken up into heaven and ‘Kept from the hour of trial that is going to come on the whole world to test the inhabitants of the earth’ (Revelation 3:10)
Finally, we know that God’s favor is still here because it is still ‘today’ “For he says, "In the time of my favor I heard you, and in the day of salvation I helped you." I tell you, now is the time of God's favor, now is the day of salvation. (2 Corinthians 6:2)
Do you like this post?
Tweet