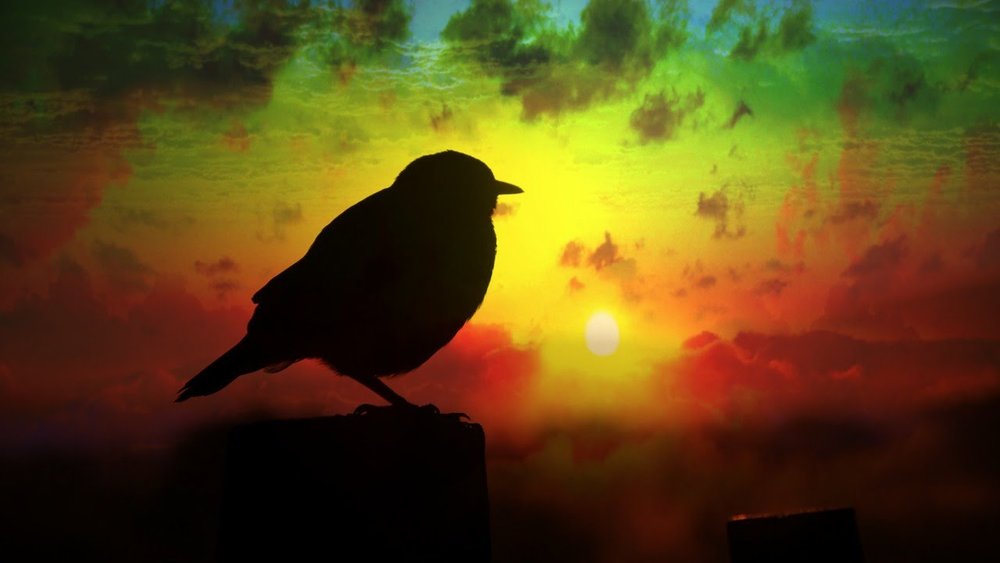 "Morning Has Broken" is a hymn that was included in many of the church hymnals after it first appeared in 1931. The author was Eleanor Farjeon who lived from 1881 to 1965 and had a number of poems and other literary works to her credit. It was relatively unknown until 1971 when Cat Stevens featured it on his album ”Teaser and Firecast”.

While many may just enjoy the melody, the hymn embraces both the first day and the wonder of God’s creation.

Here are some of the lyrics to help us remember and see God’s creation:

The ‘first morning’ in the first verse is a reference to Genesis 1 and the creation of the universe.
All to often we take God’s creation for granted. We enjoy it and use it but fail often to fully embrace the wonder of creation. Even more infrequent is the reference to God’s creation in the media. However, there was a moment back on December 24, Christmas Eve, 1968, as the spacecraft Apollo 8 orbited the desolate surface of the moon. The Apollo craft carried a three-astronaut crew — Commander Frank Borman, Pilot James Lovell, and Lunar Module Pilot William Anders. Back in 1968 these historical space flights were the subject of national and international news as we saw the first humans to travel beyond Earth’s orbit, to travel to the moon for the very first time. On Christmas Eve, with the earth in view out of the porthole, a bright and beautiful marble in the darkness of space, the three astronauts on board chose to read the opening verses of the book of Genesis, the words of Holy Scripture describing the wonder of creation:

“In the beginning God created the heavens and the earth. Now the earth was formless and empty, darkness covered the surface of the watery depths, and the Spirit of God was hovering over the surface of the waters. Then God said, “Let there be light,” and there was light. God saw that the light was good, and God separated the light from the darkness. God called the light “day,” and He called the darkness “night.” Evening came and then morning: the first day.” (Gen. 1:1-5).

Have you ever thought what it would have been like to be there at creation? It’s almost incomprehensible to read that first there was nothing, and then there was something. The Bible says God “calls into existence the things that do not exist” (Rom. 4:17). “By faith we understand that the worlds were framed by the word of God, so that the things which are seen were not made of things which are visible” (Heb. 11:3). The Latin term for that is creation ex nihilo (out of nothing).

The second stanza closes with a reference to God walking in Eden through the garden, “where his feet pass.” This is an echo of Genesis 3:8: “And they heard the sound of the LORD God walking in the garden in the cool of the day.”

The scriptures teach us that we should rejoice in each new day. In Psalm 118:24 we read the words, “This is the day the Lord has made, let us rejoice and be glad in it.”

This is a verse that I have opened our worship services with. We call people to worship with these words, “This is the day the Lord has made, let us rejoice and be glad in it.”

Every single day is a gift from God. Every day God continues His work of Creation.

Dietrich Bonhoeffer said that we too often forget the miraculous and mighty works of creation in the hand of God. He said we use all of God’s creation but we don’t remember it is a gift. Daily, the works of God are the natural rhythms in which creation occurs.” Bonhoeffer’s words help us know, recognize and reflect how every day is a gift from God and evidence of the Creator’s ongoing work of creation.

Listen to some of these words from the song again, this time seeing God’s hand in creation. The first verse says, “Morning has broken like the first morning, blackbird has spoken like the first bird. Praise for the singing! Praise for the morning! Praise for them springing fresh from the Word!” The last verse adds, “Mine is the sunlight! Mine is the morning born of the one light Eden saw play! Praise with elation, praise every morning, God’s re-creation of the new day!”

I have a feeling that if we could begin each morning reciting Psalm 118:24 and maybe singing the words to “Morning Has Broken” it would help us start each day with a positive attitude. When we the day offering praise to the Giver of all good gifts and we would see the goodness of God, not only in all his creation but in all of the people around us as well.