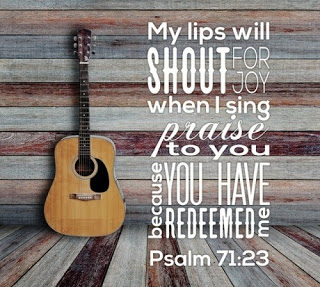 “Joyful Joyful” is a hymn written by Henry van Dyke, a US born, Presbyterian minister from Pennsylvania.  Van Dyke was born in 1852 and during his lifetime he was considered by many to be one of the leading Presbyterian preachers and religious leaders in the country.

In addition to achieving fame as a preacher, he was a professor of literature at Princeton University, became a Navy chaplain during World War 1, and represented his country as an ambassador to Holland and Luxembourg under an appointment by President Wilson. He was a prolific writer of devotional material with many of his books being best sellers.
The hymn, “Joyful Joyful,” written by van Dyke was written to Ludwig van Beethoven’s, Ninth Symphony for the song called “Ode to Joy.” It was Beethoven's last symphony, took him six years to complete and is generally considered to be his greatest.
Many know that Beethoven by thirty years of age, had become completely deaf. It’s amazing to think that this Ninth Symphony and many others were written without his access to hearing what he composed.  A story is told that when the audience erupted with applause at the conclusion of the initial performance of the Ninth Symphony in Vienna, Austria, the singers on the stage had to turn Beethoven around so that he could see the audience standing and applauding.
Joyful Joyful is the best-known of van Dyke's hymns. The Hymn is based on Psalm 71.  The key verse is Psalm 71:23 which reads:
My lips will shout for joy
when I sing praise to You
because You have redeemed me. (HCSB)
I like to look at the context of the verse before I begin to teach.  In Psalm 71, the psalmist (David) is looking for deliverance.  While he is waiting for God to answer him, he reflects on the wonder of God and then shouts for Joy.
I wonder if this song was being written today it could be called  “Happy, happy, we adore thee?”
Today, people will want you to believe the words “joy” and “happy” are interchangeable, when in fact, they are not.
We may not always be happy, which is subject to my emotions and external stimuli; but, as believers, if we have faith in God, we can always be joyful in the Lord.
Here are some distinct differences:
The Bible answers the question of how we may have joy despite what is going on in our lives.
The Apostle Paul faced some very unhappy circumstances. However, in the midst of his struggles he wrote (Phil. 1:18b)“…I rejoice. Yes, and I will continue to rejoice.”
Paul wrote this to the believers in Philippi while Paul was locked up in prison and facing an uncertain future.   The previous four years of Paul’s life were miserable. He spent two years in prison in Caesarea, and then he was put on a ship to go to Rome to appear before Nero (aka, the Caesar known for his cruelty against Christians).
On the way to Rome Paul is shipwrecked, stranded on an island, bitten by a poisonous snake, survived the winter there, continued on to Rome and spent another two years in prison awaiting trial to be executed.
Yet in spite of all of these situations, Paul says in Phil. 1:18b “…I rejoice. Yes, and I will continue to rejoice.”
What was Paul's secret? How did Paul remain so positive in prison, riding above his troubles, and being joyful in spite of the fact that everything has not turned out the way he planned it?
The secret I believe was that Paul knew not only knew who he was but more importantly he knew whose he was …..He was loved by God, called to be an Apostle, a messenger, an Ambassador of God.
Do you know whose you are?   You are called to be a child of God.  Because of God, because of whose we are, the Bible says that we are to consider even our trials to be joyful.
James, the brother of the Lord, wrote in James 1:2-4 Consider it a great joy, my brothers, whenever you experience various trials, 3 knowing that the testing of your faith produces endurance. 4 But endurance must do its complete work, so that you may be mature and complete, lacking nothing.
As we persevere through trials, with God’s help, our faith strengthens and matures. By God’s grace we can be happy despite our circumstances.
Do you like this post?
Tweet