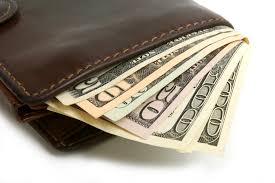 This October 31st will mark the 500th anniversary of the Protestant Reformation.

Likely, Martin Luther had no idea that the actual date of his nailing the 95 Theses on the door of Wittenberg Castle Church on October 31, 1517 would be remembered as the beginning date of a movement.

Certainly, there were other reformers prior to Martin Luther. John Wyclif (or Wycliffe if you prefer), more than a century earlier, had defied Church law and translated the Latin Vulgate into English so that the common people could read God’s word.  He argued that it was the scriptures that were the only truly reliable guide to our Christian religion and he rejected the Papacy as being non-biblical.
John Hus, a contemporary to John Wyclif was tried for heresy and burned at the stake for speaking out against the worldliness of the church.  More than 150 years later, Pope Paul III would call together the Council of Trent that ultimately would largely agree with Hus regarding the worldliness of the church.
Nevertheless, this 500th anniversary of the ‘official’ start of the Reformation has mixed reviews.  For every theologian and historian that is enthusiastic over the establishment of Scripture as being the final authority in all matters of faith, there are just as many that look to what the same Scriptures have to say about divisions and schisms within the church.   The Bible says we are to be united and that there should be no divisions.   How can we celebrate something that created many lasting divisions in the Body?

I prefer to think of the Protestant Reformation more as a revival of the Church.

Revivals are movements that occupy a place and time and are more like waves than tsunamis.  This revival had an impact as well on what we now know as the Roman Catholic Church, institutionalizing and formalizing the doctrines of Transubstantiation and fixing the number of sacraments at seven.  The same Council of Trent that rejected the Reformers teaching on Sola Fide¸ agreed that it was a disgrace to sell indulgences.
While many think these disagreements over doctrine and practice have created divisions, I prefer to use the word denominations.
Denominations are not bad necessarily as by definition a denomination is just a replica, a subset of the whole.   You may think that mine may be an odd definition but look inside your wallet.  Do you have money inside that has divisions or denominations?   The five-dollar bill is backed by the same faith and confidence of the US Government as the ten-dollar bill.  In fact, if you have two five-dollar bills they are identical in literally every way to the ten-dollar bill except in the fact that they are two subsets of the one.
True unity in the Church happens every time we recognize that if we are clinging to the Vine, and a believer in Jesus Christ, the Son of God, we are a full member of the Body of Christ and not just a member of a group of religious adherents to a denomination.   If you want to lament the event that marks the beginning of the Reformation on October 31, 1517 you’ll have trouble reconciling the true history of the church with its many schisms, changes, abuses and self-centered leaders as well as its triumphs, successes, reforms and saints.
Let’s embrace what truly makes us one and celebrate the Reformation that revived the Body of Christ.   Today, 2,000 years after Pentecost, we have taken the gospel around the world and there are more than 2 billion people that identify themselves with Jesus Christ, the Son of God.
Do you like this post?
Tweet