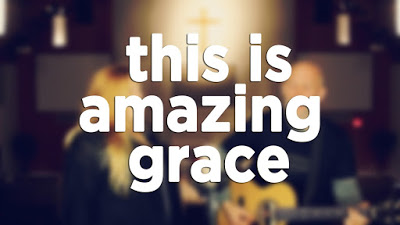 Most of you are familiar with the song, Amazing Grace. You may have heard as well a little about the song writer. His name was John Newton.

John was born in 1725, his dad was ship captain and his mom died when he was very young.  While still a very young man, his dad had him became a sailor, serving as just a deck hand but later he became the captain of the ship.  This was not a military vessel, part of the British Navy but a cargo ship.  It had all kids of cargo including loads of human cargo, these were slaves, captured, separated from their families and put in shackles and traded, sold in various ports in South American, North America and England.

John’s life was a mess, it is reported that at times he was so drunk and destitute that even his crew was disgusted with him.  You have likely heard the phrase, he (or she) cussed like a sailor;  it could easily have been named after John. In fact, it was said of John that he actually created new words, new profanity that exceeded the limits of verbal debauchery.

Once while piloting the ship, for several months with a load of lumber, livestock and beeswax, a big storm blew up, threatening the ship, everyone thought they were going to die.  So severe was the storm that the otherwise seaworthy vessel was in danger of sinking.  A huge wave crashed over the ship and his only friend, who was standing right next to him, got blown off the ship, never to be seen again. John thought his life is over, and he found himself in the moment of his greatest trial and his deepest fear crying out to God, the God that he blasphemed, he called on and said, Lord, have mercy on us all.

Despite much damage to the ship, when they finally reached a port in Ireland, John began a sincere effort to become right with God.

And so this man, named John Newton, started reading scripture, and was transformed by the grace of God. And he put pen to paper and wrote the lyrics in 1772, to the hymn that we now know as Amazing Grace.

So, let’s pause for a moment on the story of the man behind the hymn, Amazing grace and turn our attention to the scriptures, Ephesians chapter two, and this is where Paul pens these passionate verses about the Amazing grace of God:

And you He made alive, who were dead in trespasses and sins, in which you once walked according to the course of this world, according to the prince of the power of the air, the spirit who now works in the sons of disobedience, among whom also we all once conducted ourselves in the lusts of our flesh, fulfilling the desires of the flesh and of the mind, and were by nature children of wrath, just as the others.

But God, who is rich in mercy, because of His great love with which He loved us, even when we were dead in trespasses, made us alive together with Christ (by grace you have been saved),  and raised us up together, and made us sit together in the heavenly places in Christ Jesus,  that in the ages to come He might show the exceeding riches of His grace in His kindness toward us in Christ Jesus.  For by grace you have been saved through faith, and that not of yourselves; it is the gift of God,  not of works, lest anyone should boast.  For we are His workmanship, created in Christ Jesus for good works, which God prepared beforehand that we should walk in them. (Eph 2:1-10)

Paul is saying something that is actually quite intuitive.   Everyone has a PAST and Paul addresses that in the very first verses of Ephesians 2

And you He made alive, who were dead in trespasses and sins, in which you once walked according to the course of this world,

Before you became a follower of Christ, You WERE something you ARE not today.  Can you follow that?

Paul says, “You used to live in sin, just like the rest of the world, obeying the devil—the commander of the powers in the unseen world.  He is the spirit at work in the hearts of those who refuse to obey God.  All of us used to live that way, following the passionate desires and inclinations of our sinful nature.”

Sometime people are in denial.   They even deny that they are sinners….following their passionate desires of the flesh.

This is what Paul is talking about. We WERE dead in our trespasses and sins, We were just like the rest of the world, we followed the evil desires of our heart.  That’s who we were.

What about John Newton?

John Newton, former sea captain, slave trader, the man with the foul mouth knew who he WAS.   Before we become a believer, it’s important to know who were ARE

And Paul says there is a “BUT” coming

But God, who is rich in mercy, out of the great love with which he loved us, even when we were dead through our trespasses, made us alive together with Christ

The key here are the words, “BUT GOD” You were dead in your sins BUT GOD.   You were lost, you saw no way out BUT GOD, Your marriage was in trouble, your life was a mess, you couldn’t kick the habit that was destroying your life BUT GOD

Let me tell you why PAUL is using this type of language.  Why Paul says, “BUT GOD”.  This is PAUL, formerly SAUL who before he was follower of Christ hated CHRISTIANS so much that he got papers from those in authority, so he could kill them.

SAUL fortunately had a BUT GOD moment.   He was on the way to Damascus to go and kill some Christians when suddenly Jesus comes to him as a bright light, and it knocks Saul off his horse.  He is blinded and hears Jesus speak to him and say, “SAUL SAUL, why do you persecute ME”

Saul, also called PAUL is then baptized and begins to preach Jesus. Suddenly Paul understands for the first time the true meaning of all of the Old Testament traditions, the yearly sacrifices, the feat of the Passover…they all pointed to JESUS.

Paul was lost, BUT GOD….Rich in mercy, out of the great love with which he loved us, even when we were dead through our trespasses, made Paul, made US alive together with Christ

John Newton not only had the BUT GOD moment, but John Newton went on and became a preacher.

And he penned the words:

Amazing grace, how sweet the sound,

I once was lost, but now am found,

Was blind but now I see.

Twas grace that taught my heart to fear

And grace my fears relieved

How precious did that grace appear

The hour I first believed

Through many dangers toils and snares

I have already come

And grace will lead me home

When we've been there ten thousand years

Bright shining as the sun

Than when we've first begun